Interestingly China (more specifically Chengdu) was the first country to introduce paper cash, yet China is now the country that dominates in cash-less mobile transactions. In 2016, the Chinese spent $5.5tn through mobile payment platforms. For comparison, this is 50 times more than the US1. For this reason, it is crucial for your business to tap into this market and utilize the significant smartphone usage in China to gain access to Chinese consumers.

This blog post will discuss the variety of ways that allow you to take advantage of this massive smartphone market, such as ensuring your website is available in mobile version, compatible on Chinese phones and integrated with Chinese payment methods.

How would you summarize China’s payment methods? In just three words: “QR codes everywhere”. It is very common for people to simply carry nothing but their smartphone with them. In fact, a recent survey found that 70% of people thought carrying cash was unnecessary2. Long gone are the days when people would use cash and cards, nowadays instead, people carry phones and power banks!

Chinese consumers do not just use their smartphones to purchase products online, through websites and mobile apps, they also use their smartphones as a payment method in physical stores. China is far ahead of any other country in that matter, with over 38% of shoppers using their smartphone to pay for products in-store3.In some cities, even buses, street vendors and market stalls support this payment method. Furthermore, in Hangzhou, home of technology innovator Alibaba, visitors of the major Buddhist temple can even make electronic donations with the payment apps. This works through two different providers, WeChat wallet or Alipay. 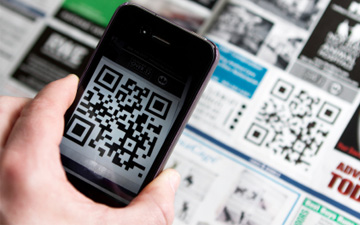 The two Payment Methods in China: Alipay and WeChat

China’s mobile transaction market is immense. During the first three months of 2017, transactions amounted to 18.8tn CNY ($2.76tn)4. Alibaba’s Alipay, and Tencent-backed Ten-pay (embedded in the WeChat app and called WeChat Pay), hold 90% of the market-share1, for mobile payments. This leaves very little room for competitors and makes their market introduction difficult. Prime example of that being when Apple, an even in China well distinguished firm, launched its own payment method in 2016 but struggled heavily to become a genuine threat to the dominance of already established Chinese versions.

WeChat is a very popular multi-functional “super” mobile app with more than 938m active users globally (almost 1/7 of the world’s population). 500m of these are in China alone. There, WeChat users make up 79.1% of all mobile phone messaging app users6. In fact, WeChat is considered the most advanced mobile messaging app globally; due to its functionality and array of services it offers to users and businesses4. 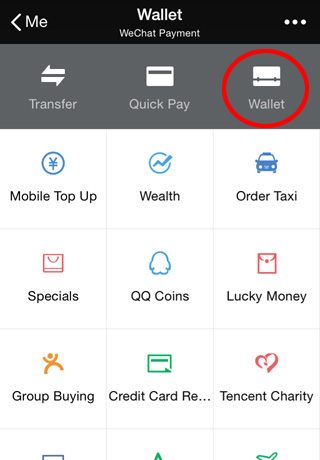 WeChat works by binding users’ bank cards to the app which in turn allows them to scan QR codes to make payments. The WeChat wallet function is a very popular feature with over 300m users (as of 2017) having their credit card linked to their account7. The feature provides a clear and simple way to make in-store purchases. Users get an immediate notification as soon as the code is scanned and a separate ‘service message’ notification appears in the chat section of the app once the payment goes through. Upon clicking on the service message, one can see previous transactions, allowing Chinese consumers to track their spending with ease. Additionally, for the privacy concerned among us, money is sent as a one-off, meaning no need to sign up to mailing lists and no information about the user is exchanged. 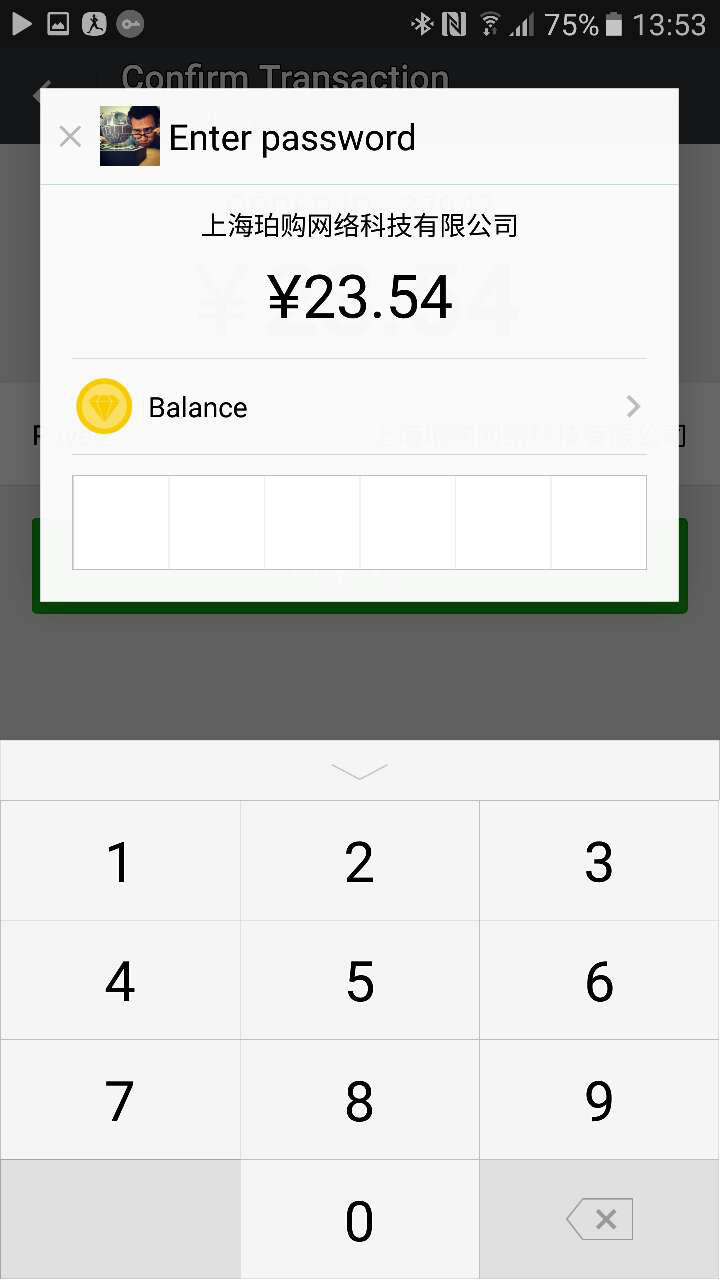 WeChat Pay is a truly multifunctional app which also allows firms to provide coupons and loyalty cards. Coupons allow users, who are following the company’s WeChat Official account, to get discounts when making a purchase. A common way for this to be done is via the use of “VIP cards”, which helps to increase customer loyalty, providing consumers with better prices, discounts, money-off and rewards. This allows consumers to get better value for money and enables firms to gain customers’ loyalty, increased popularity and self-promotion.

But it doesn’t stop there. Not only can the WeChat’s wallet feature be used to pay in physical stores but also to transfer money between two individuals through a “simple transfer” or a “red packet”. The former refers to the direct transfer of money into the other person’s account, the latter is based on the Chinese tradition of ‘hongbao’ (red envelope), where money is given as a gift. 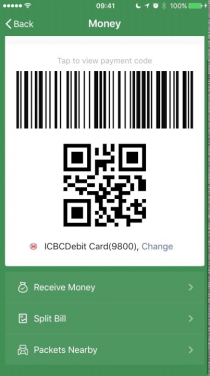 Each of these money transfer methods are simple to use and take effect almost immediately, enabling individuals to track incoming and outgoing expenditure with ease. In addition to this, the app allows users to move money between their bank account and the app effortlessly and as much as the user likes, which further facilitates expenditure tracking.

Alipay is China’s most popular payment app, with over 450 million registered users worldwide (2017)8, 100m daily active users9 and 300m users in China10. Alipay is known as the “Universal PayPal” which, in fact, overtook PayPal as the world’s largest mobile payment platform in 201311

Alipay offers a very similar payment system to WeChat, allowing users to make payments for day to day expenses, pay bills, transfer money between individuals and to and from their bank account. Alipay provides payment services globally for 65 financial services, including Visa and Mastercard12, as well as payment services for Taobao and Tmall, China’s largest online retailers (like Amazon and eBay in the Western world), along with over 460,000 Chinese businesses13. Furthermore, Alipay currently supports transactions in 14 major foreign currencies. 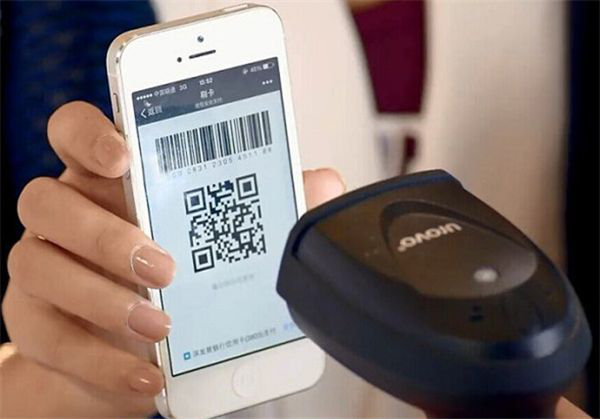 Alipay recently launched facial recognition and “smile-and-pay” technology in in Hangzhou, to attract younger users. This technology does not even require users to carry their phone with them and is one of the ways that Alipay hopes to use to expand globally and ensure future growth.

Even though Alipay is available around the world, it doesn’t command the same dominance in Western society as it does in China. Reason for that are the already established mobile payment apps like Apple Pay and Google Pay, which makes Alipay’s entry into the market tough. However, their aim of expansion is still to mainly support Chinese tourists who travel abroad.

These payment methods provide an array of benefits to Chinese consumers as they allow to make quick and easy in-store payments, pay bills and transfer money. Individuals can track their spending and are notified immediately upon doing so. The rise of mobile payment apps is especially important because Chinese customers don’t like to use credit cards as it technically puts them in debt. A recent study has found that only 1% of money transactions are done by credit card in China15. Therefore, the mobile payment market seems like the logical way to go to establish a cash-less society.

Thus, in order to expand your business successfully it is crucial to be aware of this and to make use of online, mobile and non-cash payment methods. This way your business will gain access to Chinese consumers much easier and get the most out of expanding into China. People buy using QR codes and vendors sell using QR codes, this makes everyone a potential customer!