In the country that has a passion for hot beverages but is best known for delicious tea, one might wonder whether the so-praised coffee culture in Western countries has a chance of market entry in China, too.
The truth is, although the current situation is miles off the prospective opportunity, the Chinese market offers a huge potential of growth for coffee-makers and brands.

However, currently, the average consumption of coffee in China stands at only four cups per person a year – an almost negligible amount compared to the 400 cups US American residents drink. Regardless, while the global coffee market grew by only 2% in 2017, the Chinese coffee consumption increased by as much as 15%. 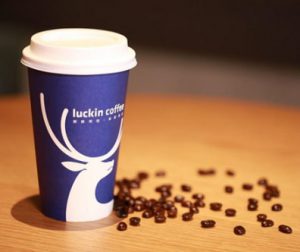 The latter is the reason why Starbucks and the UK based brand “Costa Coffee” have radically entered the Chinese market. As of late 2017, Starbucks holds a 55% share in the 25 billion Yuan ($ 3.8 billion) specialist coffee market in China. In fact, having over 3 000 stores set up already, the coffee brand aims to hit 10 000 operating stores within the next 10 years – almost catching up to the number of stores in the US.

Surely, the rising coffee industry mostly dominated by foreign brands has attracted many national competitors, too. One rising star among them, however, is taking an entirely different approach to directly target Starbucks’ business model.

“Luckin Coffee”, established in November 2017 and famous for their royal-blue cups, has enjoyed overwhelming success since their foundation.Coming out of basically nowhere, their marketing campaign has been a big hit and led to them becoming an icon among Chinese citizens overnight. Within half a year only, more than 500 “Luckin Coffee” stores were opened.

Their strategy consists of what tech giants like Alibaba and Tencent have been embracing for months: Successfully joining offline and online advertising to gain access to the consumer.
Huge billboards on buildings, on-screen commercials throughout the public space and Key-Opinion Leadership with a few of the most liked celebrities in China have ensured the success in offline advertising.

On the online-front, “Luckin Coffee” has adapted to the Chinese perception of coffee being a “social drink” rather than a necessity to successfully start off the day like it is common in the West.
Using WeChat advertising to its fullest potential, their focus laid on WeChat friend’s circle (Moments) advertising and offering coupons like “first cup free for new users” when engaging with “Luckin Coffee’s” WeChat account.
During the trial period, customers were offered benefits such as “Buy 2 and get 1 free” or “Buy 5 get 10”. This has sparked the probably greatest marketing tool to gain and keep loyal customers: word-of-mouth recommendation.

Apart from the marketing strategy in itself, Luckin seems to really understand their Chinese customers – something brands expanding into the market regularly struggle with. Considering the Chinese love for food delivery, they have partnered with a delivery company to offer a 30-minute coffee delivery service. Although using an own App instead of the more convenient WeChat embed Mini-Programs, the correct marketing channels ensure high traffic.
The result of all that being, that customers can order-in a coffee from anywhere, anytime. Something no other coffee-provider of such scale currently offers. 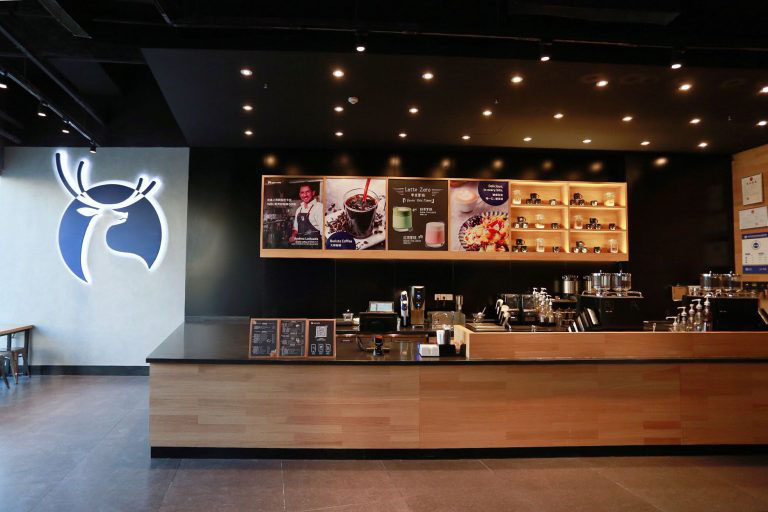 “Luckin Coffee”, starting to become the local main competitor for foreign brand’s, has been actively challenging Starbucks’ stability through various legal disputes. Most recently on May 16th 2018, they brought Starbucks to court with the reason of alleged monopolistic behavior.
It is reported that in the process of cooperation with shopping malls, Luckin found that Starbucks signed contracts which contain exclusionary provisions with many properties. Even unused shops cannot be rented to “Luckin Coffee”, or other coffee-related brands. In addition, Luckin said it has recently been in contact with suppliers who are working with both them and Starbucks. These suppliers are asked to make an “either-or” choice. At present, the case has entered the judicial process.

Regardless whether the accusations turn out to be true, Luckin Coffee has yet to establish itself as an overly dominant competitor. Their approach towards the “Internet-Coffee” model certainly made a high impact and had Chinese customers talking for months.
Whether they can really profit from the currently small, but constantly rising coffee consumption in China in the long-term, however, is uncertain. Not only will they have to compete against big brands like Starbucks and cheaper alternatives offered by KFC and 7-Eleven, but also against the rising trend of independent high-end coffee shops that focus on the best possible quality.
Certainly, a difficult task!