So how to define WeChat? WeChat is a platform rich in functionality that includes a little of all our favorite ingredients: Filled with Facebook stuffing, baked with roasted E-Wallets, a hunch of braised Skype and chili-spiked Viber sauce. Then finally topped with grated WhatsApp and you get the perfect dish for breakfast, lunch, dinner and even late-night meals for the food lovers among us.

WeChat is one of the three main social networks/messaging apps in China. One of them is Weibo – Which is kind of like Twitter with very short “Tweets” plus some features for bloggers and people posting pictures of their chihuahuas wearing iWatches. In case you didn’t know what a chihuahua was, it’s basically a dog that looks like a hamster, the pinnacle of over-breeding animals until they become accessories. But back to China’s social media.
Another influential messaging service is QQ which is the Chinese version of ICQ. Although QQ is still considered an important player, popularity is more and more shifting towards WeChat, both of which are owned by technology giant Tencent.

Nowadays WeChat is the biggest messaging app in China. As of March 2018, WeChat has over a billion monthly active users with around 100 million outside of China. In other words, if you deal with China you must have it. For example, a WeChat user in China can (and does) book a car ride (like Uber), transfer money (like PayPal), book plane or train tickets (like Expedia), buy goods online (like Amazon) and even make investments (like WealthFront) – but all without ever having to leave the WeChat app. Users can also exploit WeChat’ wide functionality for booking doctor appointments, paying electricity fees or traffic fines. 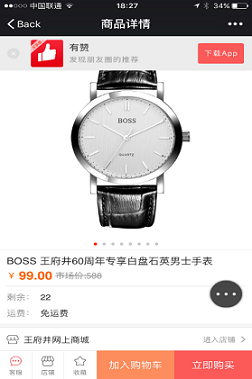 WeChat in terms of a social networking service allows its users to share their moments, which is the Facebook equivalent of “posting a status”. However, to differ from Facebook there are some restrictions and distinctions between them. For example, on WeChat when you comment on other user’s moments, only you, the other user and your mutual friends can see

this comment. Another example is that you can’t share other user’s moments. This makes it a bit difficult to share ideas and promote marketing. BUT DON’T WORRY! There is a solution for that and it’s called “Official Accounts”.

Official accounts are WeChat pages opened by companies, newspapers, magazines, businesses etc. The purpose of these pages is to pitch important content including discounts and marketing features or even build your own online store. The users will get a notification when new information is posted on the official account. As Chinese people always use their mobile phones and especially refer to WeChat official accounts to read articles, news and to get discounts, this can be a viable option for any business. 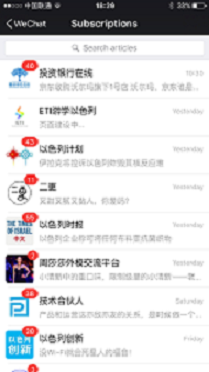 Another very important function of WeChat are groups. It’s similar to those you can find on WhatsApp but on a much larger scale. There are groups for just about everything you can think of: wholesale products, entrepreneurs, workplaces, companies and even community issue groups. As mentioned, these groups put a many people with the same interests in one place. A great opportunity for strategic marketing! 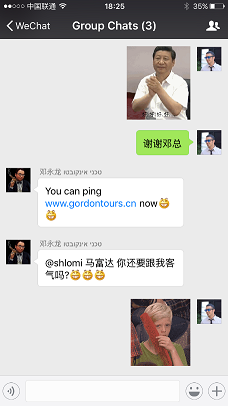